Airlines struggling with shortages want to recruit more diverse pilots. This HBCU could be a solution.

President Joe Biden on Wednesday is expected to nominate veteran House Appropriations Committee staffer Shalanda Young to serve as director of the White House Office of Management and Budget.

Young, who has served as acting director of the OMB since spring, would become the first Black woman to officially fill the role, according to The Washington Post. 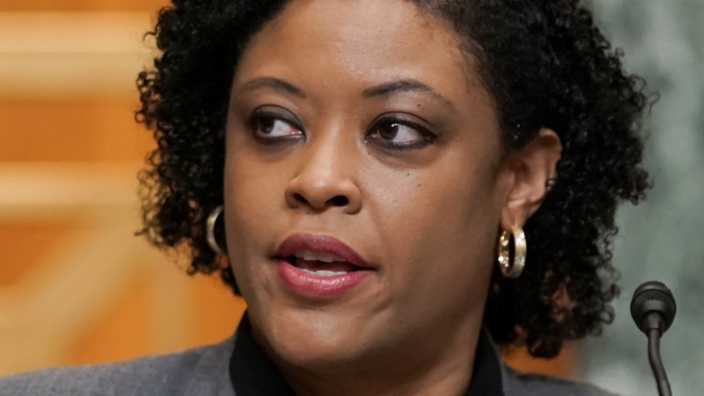 Office of Management and Budget acting director Shalanda Young answers questions during a Senate Budget Committee hearing in June. (Photo: Greg Nash-Pool/Getty Images)
Her historic confirmation isn’t a sure bet — with a divided U.S. Senate, infighting among progressive and moderate Democrats in both chambers of Congress and Biden’s supposedly sinking poll numbers. But The Post points out that more than a dozen Republicans voted with Senate Democrats 63 to 37 in March to appoint Young to her current position.

Young’s OMB ascent earlier this year came after nominee Neera Tanden, who previously served as president and chief executive officer of the Center for American Progress, withdrew herself from consideration for the OMB leadership role. Tanden had received bipartisan criticism for her tweets slamming lawmakers, including Texas Sen. Ted Cruz, who she said has less heart than a vampire, and Senate Minority Leader Mitch McConnell, the Kentucky Republican she compared to Voldemort, the grotesque villain from author J.K. Rowling‘s Harry Potter books and movies.

Congressional Black Caucus members have been pressuring Biden to nominate Young for OMB director since she began doing the job on an interim basis. Democratic senators Tammy Duckworth of Illinois and Mazie K. Hirono of Hawaii — who are both Asian American — had vowed to withhold their votes on some of Biden’s nominees until the White House nominated more people of Asian American Pacific Islander descent for key cabinet positions, according to The New York Times.

“There is no one else who brings her depth of experience, or congressional relationships and understanding of the budget process, who has already been vetted and who has the support of Democrats and Republicans,” Nevada Democratic Rep. Steven Horsford said of Young back in March. “This needs to happen.”