Many people have seen the iconic photo of that lynching in which members of the lynch mob and spectators happily celebrate their brutal deed. Unseen are the people - black and white - who publicly opposed and tried to prevent the lynching. Among the most courageous of these was Mrs. Katherine "Flossie" Bailey. And perhaps the most surprising and admirable response to the atrocity came from the parents of Claude Deeter, the young man whose murder was the justification for it.

Katherine "Flossie" Bailey, head of the Marion branch of the NAACP. Courtesy of Barbara Stevenson-Spurgeon.
Walter White, who investigated the lynching as the . Courtesy of NAACP.
An NAACP flyer campaigning for the Dyer Anti-Lynching Bill, which passed the U.S. House of Representatives in 1922, but was filibustered to defeat in the Senate. Dyer, the NAACP, and freedom fighters around the country, like Flossie Baily, struggled for years to get the Dyer and other anti-lynching bills passed, to no avail. Today there is still no U.S. law specifically against lynching. In 2005, eighty of the 100 U.S. Senators voted for a resolution to apologize to victims' families and the country for their failure to outlaw lynching. Courtesy of the National Association for the Advancement of Colored People (NAACP).
Grace and William Deeter and their only daughter, Faith, dressed in their Sunday best. Courtesy of Faith Deeter.
Young Claude with his five younger brothers and baby sister. Courtesy of Faith Deeter.
Claude, age 23, just months before his 1930 murder. Courtesy of Faith Deeter.
Grace Deeter, farmer, wife and mother, who reached out to the mothers of the lynched boys to convey her family's forgiveness for Claude's murder and their opposition to the lynching. Courtesy of Faith Deeter.
Replica of an article from the newspaper in Hartford IN, a small town 40 miles from Marion, the day after the lynching. So far as the author can determine, this is the only article giving the Deeters' point of view on the events. Courtesy of Marion Public Library.
Mary Ball in the 1930's. There are several very different theories about relationships she may or may not have had with either or both Claude Deeter and Abram Smith. Sometime after the trial, Mary moved to California. Courtesy of John Lloyd, nephew of Mary Ball.

At the time of the lynching, "Flossie," as she was known to her friends, was thirty-five years old, the wife of a doctor with a thriving practice, and mother of a son. She was also the president of the Marion branch of the NAACP (National Association for the Advancement of Colored People), the leading civil rights organization in the country at the time.

Under her energetic, committed and expert leadership, the Marion NAACP had grown to almost 100 members by the night of the lynching. The leading black families in town were members. The handful of white members included the town's mayor and one of its newspaper reporters.

Everyone in town-white and black alike - knew Mrs. Dr. Bailey. Many years after her death, people would still remember her as a "hotrod," "a born leader," and "very cultured." Flossie was warmhearted and kind, a good-looking, stylish woman who always appeared poised. She was an impressive orator, as well as an excellent organizer who daily juggled a myriad of details, phone calls, telegrams, letters, and meetings.

Like many in town, Flossie began to hear about a plan to lynch the jailed suspects early in the afternoon of August 7th, shortly after Claude Deeter died. She began making phone calls and sending telegrams seeking to have the alleged murders moved for their safety to another lock-up away from Grant County. At very least she wanted additional law enforcement protection for the prisoners. She called the county sheriff, who told her not to worry, that he was not aware of any such plan. She called the mayor's office, but he was away in Indianapolis for the day. She called the governor; he was on a fishing trip in Canada. When she begged his assistant, a Marion native, to send protection, he hung up on her. The lynching would proceed.

But Mrs. Bailey did not give up. Shortly after the lynching, she heard that a white mob was threatening to torch the black section of Marion. While many black residents fled town, Flossie spent the wee hours in her home exchanging telegrams with NAACP leaders, informing them of the situation so they, too, could act. The pressure she brought to bear finally resulted in the arrival of the Indiana National Guard - three days after the atrocity.

Still Flossie did not rest. She demanded that members of the lynch mob be identified and tried. She wrote to the Executive Director of the national NAACP, Walter White, an expert in lynchings, insisting that he immediately come to Marion to investigate. She provided him with background information. Mrs. Bailey also advised the light-skinned blue-eyed White to pose as a white man, so that he could more safely and easily speak with witnesses of the event.

Director White found the sheriff to be grossly negligent in his duty and urged the governor and attorney general to prosecute, since the county prosecutor was reluctant to take action, because it might anger and provoke the mob to further violence. White helpfully included with his letter a list of persons that participated in the lynching, according to eyewitnesses he interviewed.

Largely due to Mrs. Bailey's efforts, two of the lynchers were brought to trial. The all-white, all-male jury found them not guilty. All her life Flossie would feel a sense of failure, because no one was ever punished for the murders of Abe and Tommy. She was, however, instrumental in saving James Cameron from the electric chair, by working with the NAACP to bring two excellent black attorneys from Indianapolis to defend him in court. They were able to convince another white jury that Cameron was only an accessory to Deeter's murder, resulting in a prison sentence of two to 21 years.

Her work angered segments of the region's white community. She and her husband received threatening calls and letters. White men drove by her house at night making their cars backfire to sound like gunshots. Nevertheless, following the Marion lynching, Mrs. Bailey organized a grassroots push for an Indiana antilynching statute that would remove from office any sheriff from whose jail a prisoner was lynched. It became law in 1931. This law was instrumental in preventing a subsequent threatened lynching in Marion almost seven years to the day of the 1930 atrocity. Flossie and the NAACP also worked for a proposed federal anti-lynching law-but no such law was ever passed.2

Mrs. Bailey also fought other forms of discrimination, including hospitals that denied treatment to black patients and training to black medical students, and well as school segregation. She and her husband unsuccessfully sued a Marion movie house after they were denied admission due to their skin color.

In addition to coping with the Great Depression and race and gender discrimination, Flossie suffered from bad health. She had a serious heart condition for which she underwent surgery in 1934. Dr. Bailey had a stroke in 1940, closed his practice and died ten years later. In the end, the couple struggled financially and had to accept help from friends. Mrs. Bailey wrote to Walter White that she regretted not being able to do more. This courageous and committed woman passed away at the age of 57 and was buried in Marion. 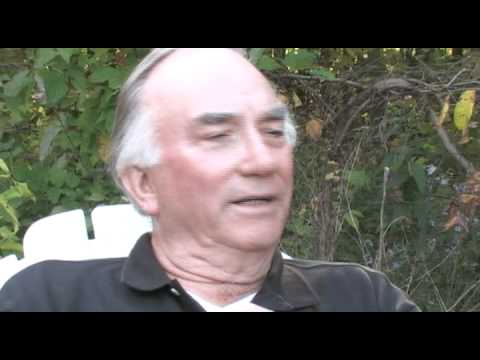 Carl Deeter is the nephew of the young man, Claude Deeter, whose killing was one of the justifications for the lynching. He talks about how Claude's parents, farmers Grace and William Deeter, went to the mothers of their son's killers to express their forgiveness and lament the lynchings.

Claude was the eldest of eight children. He helped his parents farm their land and later also worked for other area farmers. At age 22 he got a Marion factory job. He was good worker, strong and well-liked. In two years he was able to buy a new Chevrolet, which he proudly drove around Grant County.

In August 1930, Claude lost his job to the Great Depression, and his car was to be repossessed. Perhaps seeking solace, on the night of August 6th he drove out to the Lover's Lane along the river with 19 year-old Mary Ball. It was there that he was shot in the apparent armed robbery attempt that led to the lynching in Marion.

Adhering to their religious beliefs, the Deeters asked their son to forgive his attackers before he died, so that he would not meet his Lord with hatred in his heart. Though initially reluctant, Claude forgave them before he expired.

As he drew his last breath, someone hung Claude's blood-stained shirt from the window of the police station, presumably to incite the fury of the town's citizens. Grace Deeter, on the other hand, moved immediately for reconciliation. That day, while in the deepest of grief herself, she called upon the mothers of Abram Smith and Thomas Shipp to convey Claude's forgiveness and that of her whole family.

According to the Deeters, Grace and her sister tried to get the Marion newspaper to publish Claude's account of the attack, which refuted Mary Ball's initial claim of rape, but the newspaper did not print his story. Nor did the paper report Will and Grace's opposition to the lynching; that was left to a paper in another town. Plans for the lynching were already laid. The facts of the crime were now irrelevant, and the victim's family would have no say in the swift execution of the illegal sentence.

Mary came to the Deeters during Claude's wake and announced that she and Claude had planned to be married. The Deeter family was a close one, but their eldest son had never mentioned the relationship, much less marriage plans, to anyone. Nevertheless, the Deeters welcomed this unknown fiancée and gave in to her request to take Claude's bloody tie as a keepsake.

Dr. Kaplan is Coordinator of the America's Black Holocaust Virtual Museum. An independent scholar, Kaplan has produced more than forty written publications and videos in two languages and an awardwinning feature film in distribution. She has also co-authored an awardwinning screenplay, Fruit of the Tree, based on Dr. Cameron's life. She served as the Managing Editor and co-wrote the introduction of the 3rd expanded edition of  his memoir, A Time of Terror: A Survivor's Story.