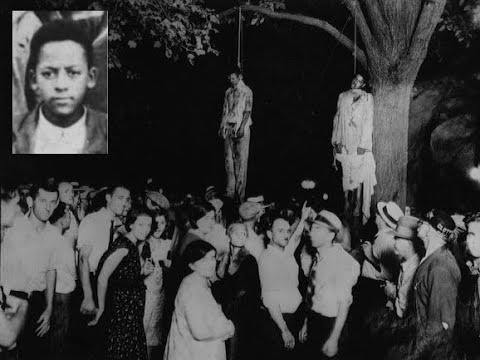 Sweet Messenger: This short film explores the life and legacy of Dr. Cameron. With interviews and clips of Dr. Cameron himself, his wife Virginia, witnesses to the lynching he survived, colleagues – and more.

James Herbert Cameron, Jr. was born in LaCrosse, Wisconsin. His father was a barber who cut white men's hair. He was also an abusive alcoholic who often lost his job. Seeking employment, he moved the family frequently. First they moved to Indianapolis, then through a series of small towns in Central Indiana. Finally, the family went to live in Birmingham, Alabama, when James was five. By the time he was seven, his parents had divorced.

When he was about fourteen, his mother moved her children to the North Central Indiana town of Marion to be near relatives. Cameron describes his mother as a very loving, religious woman. She took in washing to support James and his two sisters. They lived in very humble circumstances. In Marion their home was a former stable on the edge of town.

James was just sixteen years old in 1930, when he and two other black teenagers were brutally lynched. Thomas Shipp and Abram Smith died, but, miraculously, with the rope already around his neck, James was saved. He was tried and convicted as an accessory to the murder that incited the lynching. He spent five years in prison. While there, he began writing a memoir, the story of his life up to the age of twenty-one. Completely fearless, a few years after his release he returned to the site of the lynching to interview eyewitnesses for the book. (Read more about the lynching here.)

Witnessing violence is a theme that runs through young James' life growing up. He and his sister watched a murderous, bloody knife and gun battle that felled a neighbor woman. James was also forced by a white man to watch the public hanging of a black man. Despite coming of age in the Indiana State Reformatory among hardened adult criminals, Cameron emerged at age twenty-one determined "to pick up the loose threads of my life, weave them into something beautiful, worthwhile and God-like."1 In among the dark threads, Cameron's book describes many strands of light: care and mentoring by older men, including a white sheriff and several black prisoners; the unconditional love and support of his mother; and the world of books and the life of the mind he discovers in prison.

Writing in his basement study in Milwaukee WI. With his book, A Time of Terror: A Survivor's Story, circa 1994. Courtesy of the Cameron Family. James Cameron, also known as "Jim" to his sisters and "Apples" to his classmates, in school picture. Courtesy of the Cameron Family. At the museum. Courtesy of the National Visionary Leadership Project.

His Memoir: A Time of Terror

For fifty years Cameron searched in vain for a company courageous enough to publish his frank story. In the book, he wrote about lynching as a tragic feature of American history and culture. No publisher would touch the controversial book! Cameron finally mortgaged his home in 1982 to self-publish and distribute A Time of Terror: The true story by the third victim of this lynching in the North who missed his appointment with death. Cameron sold that 4000-copy run of the book out of the trunk of his car and at speaking engagements in schools and universities around the Midwest.

Finally, in 1994, Black Classic Press republished the book as A Time of Terror: A Survivor's Story. Twelve-thousand of the 15,000-copy run sold out in the first year 2, but that book has been out of print since 2003. A revised 3rd edition of the memoir, with five never-before published chapters, was published in 2015. A Time of Terror, 3rd edition, won the 2016 IPPY (Independent Publishers) Silver Award winner for Best Non-Fiction in the Great Lakes Region. Read excerpts here.

Cameron became a brilliant, well-read, self-taught historian and lecturer. He gave many interviews on national television, including on Larry King Live, the Oprah Winfrey Show, and the 700 Club. The BBC (British Broadcasting Corporation), a Dutch film company, and several public television stations featured him in documentary movies made about the lynching.3

Dr. Cameron's lifework focused on raising Americans' consciousness and conscience about the atrocity of lynching. He did this by publicly and tirelessly retelling his personal experience. To educate the public about the injustices suffered by people of African descent in America, Cameron founded and ran the America's Black Holocaust Museum from the mid-eighties until his death.

As an adult, Cameron became a devout Catholic. He was partly inspired by the brave and devoutly Catholic Sheriff Bradley, who mentored him in jail while he awaited trial. Dr. Cameron believed that hatred was a poison that corrupted the hater from within. He taught, by word and example, how to "forgive but never forget." He dreamed of our nation as "one single and sacred nationality" and fought to hold Americans to our ideals of freedom and equality for all. Weeping at his pardon ceremony in Marion IN, 1993. Courtesy of Jet Magazine, Johnson Publishing Company. Speaking to the Senate and families of lynching victims on the occasion of the Senate apology for failing to outlaw lynching. Courtesy of the Cameron Family. James and Virginia on their 68th wedding anniversary, May 2006. Courtesy of Fruit of the Tree Productions LLC. In Anderson IN with his children, L to R: Virgil, Herbert, Dolores, David, and Walter. On the job as the HVAC engineer at the Mayfair Mall shopping center, Milwaukee. Courtesy of the Cameron Family. As the President of the Madison County IN branch of the NAACP. Courtesy of the Cameron Family. Summary of a Long, Active, and Fruitful Life

Dr. James Cameron passed away peacefully in 2006 at the age of ninety-two, just a month after he and his wife Virginia celebrated their sixty-eighth wedding anniversary. Hundreds of people packed Milwaukee's Cathedral of St. John to pay tribute to this much-respected elder. They listened to eulogies by US Congresswoman Gwendolyn Moore and public officials from Milwaukee and Marion.

Cameron had lived a long, fruitful life that encompassed:

Dr.Cameron was an honored guest of the US Senate, when, in 2005, eighty Senators passed a resolution apologizing for never outlawing lynching.

But of all the recognitions he had received in his lifetime, the most meaningful was his official pardon from Indiana Governor Evan Bayh and the Indiana Parole Board. "'When (the Parole Board Chairman) told me that,' said Cameron, 'I broke down and cried over the telephone. I'd been carrying that load all these years and didn't know it was on me until it was lifted.'"4

1. This line is the last sentence in all three known versions of A Time of Terror.

Dr. Fran Kaplan, independent scholar, filmmaker, and social activist, is Coordinator of the America's Black Holocaust Virtual Museum. She co-authored an award-winning screenplay, Fruit of the Tree, based on the life of James Cameron, and served as Managing Editor and co-author of the introduction to revised third edition of Cameron's memoir, A Time of Terror: A Survivor's Story. She is currently a co-owner with Reggie Jackson of Nurturing Diversity Partners, where she provides diversity, equity, and inclusion training.