MARION, INDIANA. August 7, 1930. In the dark before dawn, County Sheriff Jacob Campbell and his officers arrested four black teenagers in their homes. By evening, two would be dead.

They were taken to the fortress-like jail in downtown Marion, the county seat1, population 25,000. There the sheriff and his men beat and interrogated each boy separately until they extracted confessions. Afterwards Tommy, Abe, and Jimmy were locked into separate cells to await trial. For some reason, Robert was released.

The Crime and the Victims

The sheriff charged the boys with raping a white teenager, Mary Ball, 19, and shooting a white man, Claude Deeter, 23, the night before.
It was the beginning of the Great Depression.2 Claude, eldest son of farming family, had been laid off earlier that day from his foundry job at Superior Body.3 Townspeople described Mary in very different ways: loose, a prostitute, Claude’s fiancée,  Abram’s girlfriend.

Claude had taken Mary to Lovers’ Lane4, a clearing by the river just outside of Marion. The boys crept up on them, pulled them from the car and held them up at gunpoint for money. Supposedly they raped Mary, then beat and shot Claude several times before driving off. A nearby farmer answered Mary’s cries for help and took Claude to the hospital.

On that hot August day, while Claude fought for his life, the news of Mary’s rape spread like wildfire. People talked about it all over Marion. They called their relatives and friends in nearby towns and farms. Word even reached cities and towns one hundred miles away.

Marion’s police chief hung Claude’s bloody shirt out the window of the police station like a flag. Crowds of angry white people began to gather around the jail where the black teens were being held.

By early afternoon, Claude died. Word that a hanging was planned had reached across Indiana. Whites were pouring into town by interurban trains5, automobiles and farm wagons to witness the spectacle. The crowd was estimated at ten to fifteen thousand men, women and children.

Many black families hurried out to Weaver, an all-black town nearby. Others stayed in Marion and prepared for an attack on their neighborhoods by white rioters. This is probably the most well-known photo of a lynching. It was taken by professional photographer in Marion, Lawrence Beitler, who printed and sold hundreds as souvenirs and postcards. The photo inspired the song Strange Fruit. It was featured by LIFE magazine in its 2011 book 100 Photographs That Changed the World.

By evening the crowd was demanding that Sheriff Campbell turn the accused boys over to them. When he refused, strong young men brought sledge hammers from the nearby foundries. They broke the brick around the iron entrance door. The lynching party surged into the jail and passed through unlocked doors to the cell blocks.6

They brought Tommy out first. The crowd dragged him along the cobblestone street, beating his body with bricks, crowbars, high-heeled shoes, and boards. Someone brought a rope. They tied it around the barely conscious boy and pulled him back to the jail. There they hanged him from the window bars.

Abe was next. The mob beat and dragged him down the street to one of the large trees around the courthouse. When the lynchers started to pull him up, Abe tried to pull the noose from his neck. They lowered him down, stabbed him, and broke his arms. Then they pull him up again. 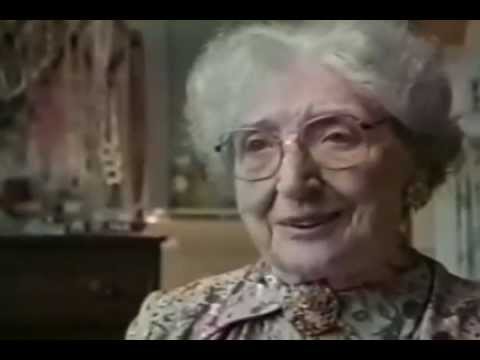 The lynching party brought Tommy’s lifeless body and hung it next to Abe’s. Photographer Laurence Beitler took a formal portrait of the dead boys and crowd.

Then they called for Jimmy. They beat him badly, dragging him from the jail to the square. They stood him between Abe's and Tommy's bodies and placed a noose around his neck.

Suddenly a voice rang out, “Take this boy back. He had nothing to do with any raping or killing.” Miraculously, the crowd calmed down, and Jimmy stumbled back to jail. Later the crowd became occupied with trying to start fires under the two hanged boys. Sheriff Campbell’s men sneaked Jimmy out of town to another jail for safekeeping.

Jimmy Cameron spent a year in jail awaiting trial. At his trial, Mary Ball testified that she had not been raped after all. The all-white jury believed Cameron’s story. He said that he had run away from Lover’s Lane when he recognized Claude Deeter as his regular shoeshine customer. He was not there when Deeter was shot.

The judge sentenced Cameron to two to twenty-one years as an accessory before the fact.8 He served four years in the Indiana State Reformatory before being paroled.

What Happened to the Lynchers

Despite the photograph and what eyewitnesses told investigator Walter White shortly after the event, townspeople claimed not to recognize any of the lynchers. None were ever brought to justice.

What Happened to Cameron

Fifty-eight years later, in 1993, Indiana Governor Evan Bayh officially pardoned Cameron in a ceremony in Marion. Cameron was also given a key to the city.

During his life, Cameron became an entrepreneur, father of five, civil rights activist, and founder of this museum. He taught people to “forgive but not forget” and to be “better, not bitter.”

1. A county seat is the “capital” of a county, where the county government is located. County seats have a county courthouse and jail, usually in the center of town.

2The Great Depression began in 1929 and lasted for about ten years. People in the U.S. and around the world suffered from very high unemployment and wide-spread poverty.

3Marion was surrounded by farms. Many farmers earned extra money by working at the factories in town too, or by sending their older children to work there.

4A “Lovers’ Lane” is a private outdoor spot where young couples go to hang out together in cars to talk and make out.

5At that time, many trains ran between towns and cities. People from as far away as Gary (150 miles) and Indianapolis (80 miles) came by train to witness the planned lynching.

6No one knows why the iron-barred doors had been left unlocked.

7He lost a kidney in the beating and had terrible headaches for months afterwards from a concussion.

8An “accessory before the fact” is a person who helps set up a crime but is not there when it is committed.

Dr. Kaplan, independent scholar, filmmaker, and social activist, is Coordinator of the America's Black Holocaust Virtual Museum. She co-authored an award-winning screenplay, Fruit of the Tree, based on the life of James Cameron. Dr. Kaplan served as Managing Editor and co-wrote the introduction to the expanded 3rd edition of Dr. Cameron's memoir, A Time of Terror: A Survivor's Story.