On July 5, 1852, abolitionist and ex-slave Frederick Douglass gave a speech at an event commemorating the signing of the Declaration of Independence, held at Rochester, New York's Corinthian Hall. It was biting oratory, in which the speaker told his audience, "This Fourth of July is yours, not mine. You may rejoice, I must mourn." And he asked them, "Do you mean, citizens, to mock me, by asking me to speak to-day?"

Within the now-famous address is what historian Philip S. Foner has called "probably the most moving passage in all of Douglass' speeches." "What, to the American slave, is your 4th of July?

I answer; a day that reveals to him, more than all other days in the year, the gross injustice and cruelty to which he is the constant victim.

To him, your celebration is a sham; your boasted liberty, an unholy license; your national greatness, swelling vanity; your sound of rejoicing are empty and heartless; your denunciation of tyrants brass fronted impudence; your shout of liberty and equality, hollow mockery; your prayers and hymns, your sermons and thanks-givings, with all your religious parade and solemnity, are to him, mere bombast, fraud, deception, impiety, and hypocrisy -- a thin veil to cover up crimes which would disgrace a nation of savages.

There is not a nation on the earth guilty of practices more shocking and bloody than are the people of the United States, at this very hour."

Douglass ends, however, on a note of hope. He predicts the downfall of slavery and oppression, not only in the United States, but around the world.

"Until that year, day, hour, arrive,
With head, and heart, and hand I'll strive,
To break the rod, and rend the gyve,
The spoiler of his prey deprive --
So witness Heaven!
And never from my chosen post,
Whate'er the peril or the cost,
Be driven. "

On this July 4th, stand with other ABHM visitors here to oppose hatred and injustice. 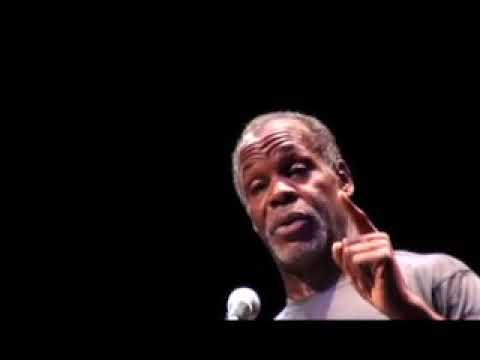 Danny Glover reads a section of Douglass' speech in this video.