He Paid the Price for Our Voting Rights

In June 1963, Bernard LaFayette was brutally beaten for his efforts to register black voters and almost died.

On the night of June 12, 1963, Bernard Lafayette was walking up the driveway to his home when he heard the sound of footsteps closing in on him from behind. He turned to see a muscular, thick-necked man with a crew cut staring down at him. "Buddy," the man said as he motioned to a stalled car in the street, "how much would you charge me to give me a push?"

Lafayette sighed with relief, and walked toward the stalled car. Suddenly, though, the man whipped out a gun and started bashing him on the forehead. With blood dripping onto his eyelashes, Lafayette staggered to his feet and watched as the man stepped back, ready to pull the trigger.

...The message from his would-be assassin was unmistakable: Leave town and stop trying to organize black voters.

Lafayette was saved by an alert neighbor. But he checked himself out of the hospital the next day and, wearing a bloodied shirt and with stitches embedded in his swollen face, returned to downtown Selma, Alabama, to resume his mission of urging black residents to vote. He was 22.

"I wanted to send a message to the people there in Selma," says Lafayette today. "This was like a one-person demonstration, and as a result of that people came out of the woodwork. They wanted to register to vote; they wanted to get involved in this thing." On [June 25, 2013], the U.S. Supreme Court delivered another message. The court's conservative majority issued a ruling that essentially strikes at the heart of the 1965 Voting Rights Act, a momentous civil rights law for which Lafayette shed his blood....

While much of the coverage of the Supreme Court case focuses on the legal implications of a future without Section 5, there's a human story behind the Voting Rights Act that's been ignored. Many Americans do not know how and why the act was passed. And the terrible price people like Lafayette paid to make the act possible.

Lafayette is one of the founding fathers of the Voting Rights Act. He was part of a small interracial army of men and women who presented their bodies as living sacrifices for the Act. Some lost their friends, their families, their minds -- even their lives. But 50 years after their greatest triumph, many have died and their struggle is in danger of being lost to clichés about the civil rights movement.

For people like Lafayette, the Act was something else: It was war....

...Selma was a microcosm of what had taken root in black communities throughout the South for a century. Blacks lived in Apartheid-like conditions. They were the majority of residents in Selma, but less than 1 percent were registered at the county courthouse to vote....

Selma could exclude so many black voters because the state of Alabama controlled the voting process.... State voting registrars devised an ingenious gauntlet for would-be black voters: Applicants had to remember portions of the state constitution; voting forms were discarded for minor errors; applicants had to be accompanied by a white person vouching for their honesty. Some registrars would simply ignore black applicants.... Lafayette tried to plant seeds for a voter rights movement but the conditions were tough. He received death threats over the phone. His address was printed on the front page of the local newspaper. He and his new wife, Colia, looked constantly in their car's rear-view mirror to see if they were being followed.

Worse, much of the black community shunned him for being a troublemaker who "stirred up the white folks." "They lost hope that anything could happen," Lafayette says.

Lafayette and his wife worked virtually alone. That was the pattern for many voting rights activists. People who get their image of the civil rights movement from newsreel footage might think activists spent most of their time in large groups, singing freedom songs while they marched.

But most voting rights activists worked alone in small isolated Southern communities surrounded by people who wanted to kill them -- and did at times with the help of local law enforcement. "I wasn't sure whether or not I was going to survive Selma," Lafayette says.

The attempt on his life, though, backfired. It angered many of Selma's black residents. They started showing up at Lafayette's mass meetings, and more tried to register to vote. The white leaders in Selma retaliated. Blacks were fired from their jobs when their employers discovered that they had tried to vote. Sheriff's deputies assaulted blacks who tried to vote.

"Many of these people risked everything -- their jobs, homes, even their lives -- for the right to vote," [says Gary May, author of "Bending Toward Justice," a stirring book that examines how the Voting Rights Act transformed America]. "When I talk about them to groups, I get chills."

The blood that Lafayette shed that night became the seed for the voting rights movement. It drew the attention of Rev. Martin Luther King Jr. and the Southern Christian Leadership Conference. Selma would eventually become the launching pad for the Voting Rights Act and Lafayette would join King's inner circle. 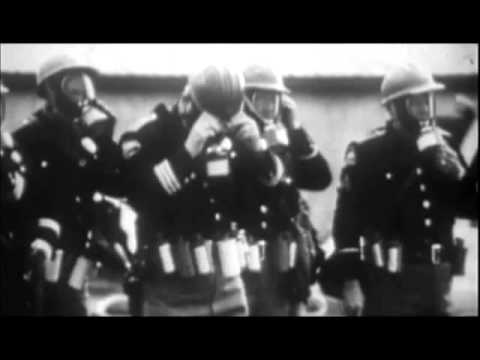 Bernard Lafayette today looks with disappointment toward the necessary  voting rights struggle ahead.

Today, Lafayette is a senior fellow at the University of Rhode Island, where he founded the Center for Nonviolence and Peace Studies. He's the author of a forthcoming book on his time in Selma titled In Peace and Freedom. He says the country still needs Section 5.

"I don't feel a sense of anger; I feel a sense disappointment" at the prospect of Section 5 being invalidated, he says. "We have to recognize that our struggle is not over. Our real struggle now is to retain some of the rights that we gained, and rights that we fought for. And this is something we didn't expect."

Watch a 2013 interview with Rev. Lafayette about his book and his life at Emory University.