Coming to the Table  provides leadership, resources, and a supportive environment for all who wish to acknowledge and heal wounds from racism that is rooted in the United States’ history of slavery. CTTT addresses the legacies and aftermaths of slavery through 1) facing history; 2) making connections; 3) healing wounds; and 4) taking action

In February 2014, America’s Black Holocaust Museum convened a Gathering for Racial Repair and Reconciliation in Milwaukee, Wisconsin. After listening to national speakers, the audience met in small racially diverse groups with trained facilitators. They considered this question: “What might the process of racial repair and reconciliation look like in Milwaukee – one of the most hyper-segregated cities in the USA)?”

The Welcome Table at the William Winter Institute creates a safe space for diverse community stakeholders to form healthy relationships via open, honest communication. Now in 11 communities in Mississippi and beyond, it is one of the Winter Institute’s signature programs, garnering international attention and partnerships from reconciliation organizations as far away as Northern Ireland and South Africa.

The participants struggled, however, to see exactly how to work toward those goals.

This exhibit presents a short explanation of a complicated topic. It also provides examples of processes for repair and reconciliation used around the country. Here you will find resources for deeper understanding and action. Click on the gold-colored links in the captions of the logos to your right. These logos represent a few of the many organizations working toward these goals.

What Is Racial Repair and Reconciliation?

Repair and reconciliation have been practiced in many cultures around the world for thousands of years. The process generally involves three elements:

True friendship involves trust, caring, compassion, respect, and acceptance. African Americans – who have endured a traumatic sixteen-generation holocaust – tend to be understandably wary of white people. Americans of European descent as a group have benefited, directly and indirectly, from black Americans’ past unpaid labor and present disadvantages.

There are individuals in each group – particularly the young – who are able to form genuine friendships across our country’s racial divide. To a large extent, though, black-white relations remain superficial or nonexistent. Yet many Americans on both sides of the colorline yearn to change this.

To do so requires courage, persistence, and the willingness to handle discomfort. Many whites must overcome denial, fear and guilt; many blacks must overcome internalized oppression, rage, and shame.

The good news is that human beings are born with a strong desire to trust and connect with other humans. There are now many projects providing emotionally safe methods for addressing outdated beliefs and feelings. These projects help us all to connect as Americans, as one people who share one future.

Coming to the Table: National Gathering in Richmond, Virginia

2. Acknowledging and Accepting Others’ Truths

Every cultural group has “sacred” stories and symbols that explain its way of life. The ideas these stories pass down shape humans' ways of seeing the world, our beliefs, our truths.

BitterSweet: Linked Through Slavery is a working group of bloggers who are members of the non-profit group Coming to the Table (CTTT). We call ourselves “linked descendants,” people who have a joint history in slavery–a pairing of a descendant of an enslaved person with a descendant of his or her slaveholder, who have found each other and who are in communication.

Seeing the world through the eyes of a different cultural group is one of the biggest challenges faced by people who wish to reconcile. It’s like asking fish in water to imagine the airy world birds live in. It is especially hard for groups in conflict to see – let alone accept – the truths of the others' experiences.

Black people generally “see” white people better than whites “see” blacks. During slavery and Jim Crow, blacks had to carefully observe and accommodate whites’ behaviors and expectations to avoid punishment – or death. Whites in those times could act as they wished toward blacks without fear of censure.

Today, economic, social and political power in America remains largely in white hands. This, along with segregation in housing, work, worship, and schooling – and prejudicial portrayals in the media – means that few whites really “see” black people.

The profound relief that comes from truly being seen and understood is an important moment in the reconciliation process. Listening with care and being able to speak honestly – without fear of recrimination – helps us acknowledge and accept others’ truths and our own.

Providing education, training, and consulting services to foster diversity, inclusion, and equity within institutions and communities.

To heal, we must re-examine our American “creation stories” and re-learn American history. America’s Black Holocaust Museum, the virtual museum you are visiting now, presents some of the many stories left out of our school books. Here are just a few examples to get you started: 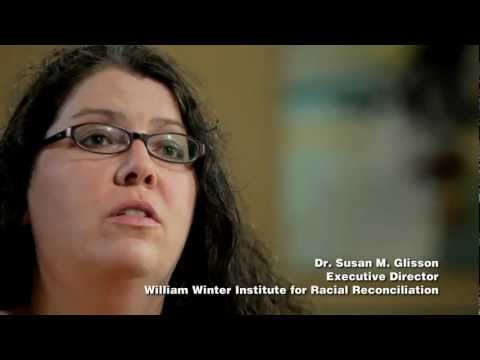 3. Applying Remedies to Repair the Damage and Heal the Trauma

Facing History believes that the lifeblood of democracy is the ability of every rising generation to be active, responsible decision-makers. And we believe that inspired teachers and innovative methods are the key. We work with educators around the world throughout their careers to improve their effectiveness in the classroom, as well as their students’ academic performance, historical understanding, and civic learning.

The most challenging part of racial reconciliation is discovering what will make the victims of racial injustice whole – and applying that remedy.

Some Americans feel that establishing honest communication between white and black individuals is enough. Others believe that white people must acknowledge the factual details of slavery. Only then will black people feel genuinely seen and heard.

Still others believe those remedies are not sufficient, because they address individual bigotry without changing the injustices built into our institutions and way of life. These people search for ways to eliminate the economic, social, and political disparities between the black and white communities. Some Americans – black and white – are part of a long-running movement for reparations to African Americans for slavery.

Reparations: Didn't Freed Slaves Get 40 Acres and a Mule?

The word “reparations” means “making of amends for a wrong one has done, by paying money to or otherwise helping those who have been wronged.”

The idea of reparations is basic to American law: those who have been wrongly injured can sue those who caused the injury and recover money from them. The government of the United States has made reparations payments to wrongly injured ethnic groups within our borders, including native Hawaiians, Native Americans, and formerly interned Japanese Americans. More recently, the federal government granted reparations to the surviving families of the attack on the World Trade Center on 9/11. And to victims of Hurricane Sandy. It was complicated to work out exactly how to compensate victims for their material and emotional losses. Still, the government did not hesitate to try.

The YWCA is dedicated to eliminating racism, empowering women and promoting peace, justice, freedom and dignity for all. The YWCA of Southeast Wisconsin teaches an Unlearning Racism course.

In fact, reparations were made to a very small number of formerly enslaved people at the end of our Civil War. In 1865, General William Tecumseh Sherman issued Special Field Orders, No. 15 to "assure the harmony of action in the area of operations" and cope with the masses of newly freed and homeless people. Around 40,000 of the four million freed slaves were settled on 400,000 acres (1,600 km²) in Georgia and South Carolina. Sherman granted each freed family forty acres of tillable land. The army also had a number of unneeded mules which were given to these settlers.

After Lincoln was assassinated,  President Andrew Johnson reversed the order. The land was returned to its previous owners. In 1867, abolitionist Congressman Thaddeus Stevens sponsored a bill for the redistribution of land to African Americans, but it did not pass.

America Healing is an effort by the W.K. Kellogg Foundation to put the belief in a false human hierarchy based on physical characteristics and the racial and structural inequalities it creates behind us, by first putting it squarely in front of us. America Healing is a strategy for racial healing toward racial equity, and is designed to raise awareness of unconscious biases and inequities to help communities heal.

Bringing a claim for compensation/reparations for human rights violations is considered a basic human right. Many countries have paid reparations.

During every Congressional session for the last forty years, Representative John Conyers of Michigan has proposed HR 40, a bill to establish a national commission to study the issue of reparations for slavery. The bill has never passed the House, so no such commission exists.

Recently the idea of reparations has again entered the national conversation, largely due to a thorough and compelling magazine article and televised interviews and testimony by its author, Ta-Neihisi Coates (see video below). How to accomplish reparations raises complex questions. Nevertheless, Coates – and other thinkers black and white – believe that ways can and must be found. 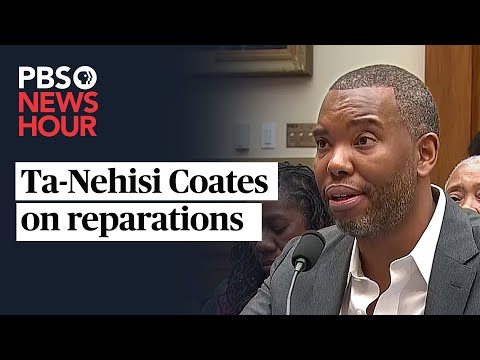 Award-winning journalist Ta-Neihisi Coates testifies about the rationale for reparations before the Senate.

Dr. James Cameron founded this museum to help Americans better understand ways that slavery powerfully shaped our country's way of life. He preached the importance of forgiveness. He looked forward to the day when all our society's peoples would heal, enjoy equal places at the table, and reconcile – the day when America will finally achieve her promise of liberty and justice for all.

There are many resources in this museum that can help you think through this subject, form your own opinions, and take action. The gallery of logos down the right side of this page takes you to some of the many organizations in the USA doing research, convening dialog groups, conducting anti-bias trainings, and working for racial equity.

If you would like to support the work of ABHM, please