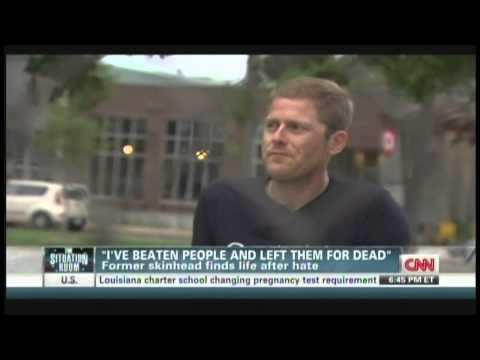 A "Picture-Perfect" Childhood, Until...

Arno Michaelis grew up in Mequon, Wisconsin, a small, virtually all-white, upper-middle class town just north of Milwaukee. A gifted child, he was raised in a loving, intact family. Like a lot of kids, he went off to summer camp with some friends. The camp was a white-power training school. There he participated in drinking to excess, wild macho behaviors, and paramilitary training. Arno adopted the Church of the Creator's racist beliefs.

At seventeen he sang in a white power punk rock band, Centurion. His songs were a call to violence: “The blood is gonna flow” ... “This planet is ours/We’ll ever fight/Until the world’s white!”  For years, Arno practiced what he preached, severely beating and otherwise hurting many people.

What Turned Arno Around

Later, he became attracted to the rave scene. At raves, Arno found himself dancing with people of different races. They were all accepted there, and so was he. Then Arno became a father, raising his daughter by himself. In the daycare center at the Milwaukee Area Technical College, he saw his little girl happily playing with a diverse group of children. His thinking began to change. He began to read materials that challenged his racist ideas.

Today Arno Michaelis is an activist for peace and justice. He has written a memoir of his skinhead years and transformation, My Life After Hate.

Michaelis also joined with another former racist skinhead, Christian Piccolini, to form the organization and website, Life After Hate, "a venue where anyone concerned with racial and human rights issues can speak their mind and contribute to the overall theme of peace, equality, and inclusion." In 2012 a white supremacist massacred 6 people at the Sikh Temple in Oak Creek, Wisconsin. One of the victims, a Temple leader, was the father of Pardeep Singh Kaleka, a former Milwaukee cop, now a psychotherapist working with trauma survivors. In struggling to understand what motivated this terrible killing, Pardeep reached out to Arno as a former skinhead. The two became friends and formed Serve2Unite. Together they teach basic human kindness to children and adults. They also lecture locally, nationally, and internationally as part of a movement opposing violent extremism.

Their jointly written, inspiring new book, The Gift of Our Wounds, tells the remarkable story of how their friendship grew out of a horrific hate crime. The book provides a vital understanding of how to combat racism and white supremacists in order to build an inclusive society based on unity and respect.

Hear Arno speak about how he became a violent racist – and how he transformed himself – in this podcast. 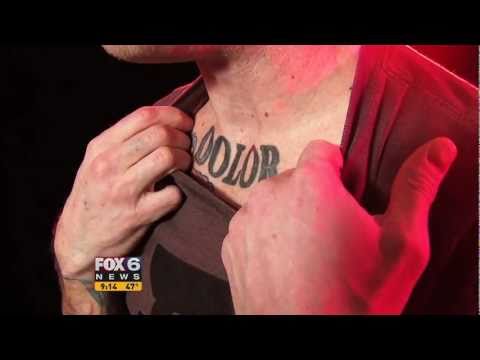