A 26-year-old man has been charged with 15 counts of felony aggravated assault after pulling out a gun during church services at a north Nashville church.

The pastor of Nashville Light Mission Pentecostal Church and several parishioners tackled Dezire Baganda, who was sitting in the front row of the church on Sunday afternoon.

According to a press release from the Nashville Police Department, Baganda approached the altar where Pastor Ezekiel Ndikumana and several members of the congregation were praying. 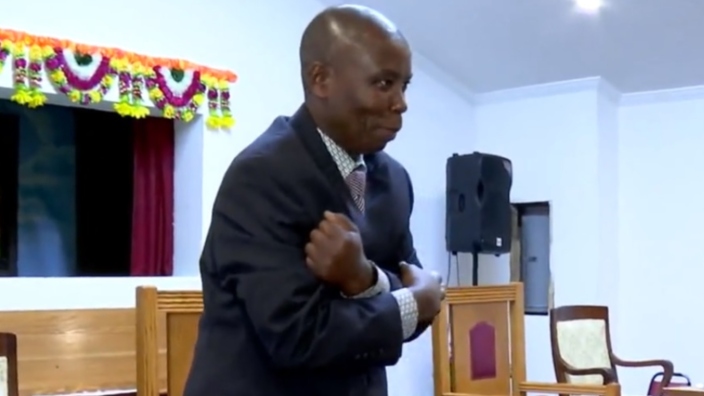 Through an interpreter, Pastor Ezekiel Ndikumana of Nashville Light Mission Pentecostal Church explains to local news how he managed to tackle a parishioner who pulled out a gun Sunday. (Photo: Screenshot/WKRN)

“Baganda told everyone to get up while he waved and pointed the handgun at the congregation,” NPD officials wrote. The pastor quickly tackled Baganda before any shots were fired. Several church members jumped in to assist in disarming Baganda and holding him to the ground until officers arrived on scene.”

According to the police report, Baganda was not a member of the church but had visited in the past.

Police noted that Baganda could be hit with additional charges.

In a local interview with WKRN, the Burundi-born Ndikumana said Baganda “wanted to kill.”