Adams, who will become the second Black mayor of the nation’s largest city, first triumphed this summer in a crowded Democratic primary after he struck a nuanced stance on law enforcement issues. His message on crime and his experience as a police officer largely insulated him from attacks from his Republican opponent Curtis Sliwa, the founder of the Guardian Angels anti-crime patrol.

Adams described being beaten by police officers as a teenager when he was arrested for trespassing. When he later became a cop, he was a vocal critic of the police department, advocated for Black officers and spoke out about injustices. But he did not embrace calls from some progressives to defund the police by shifting money from law enforcement to social work and other programs aimed at addressing the root causes of crime.

Police and crime issues came to the forefront in cities big and small after the death of George Floyd last year which led to a national reckoning on racial injustice and law enforcement. The debate centered on questions of when and where police are needed — or sometimes whether they’re needed at all. It also unfolded amid an increase in homicides in the wake of the pandemic. 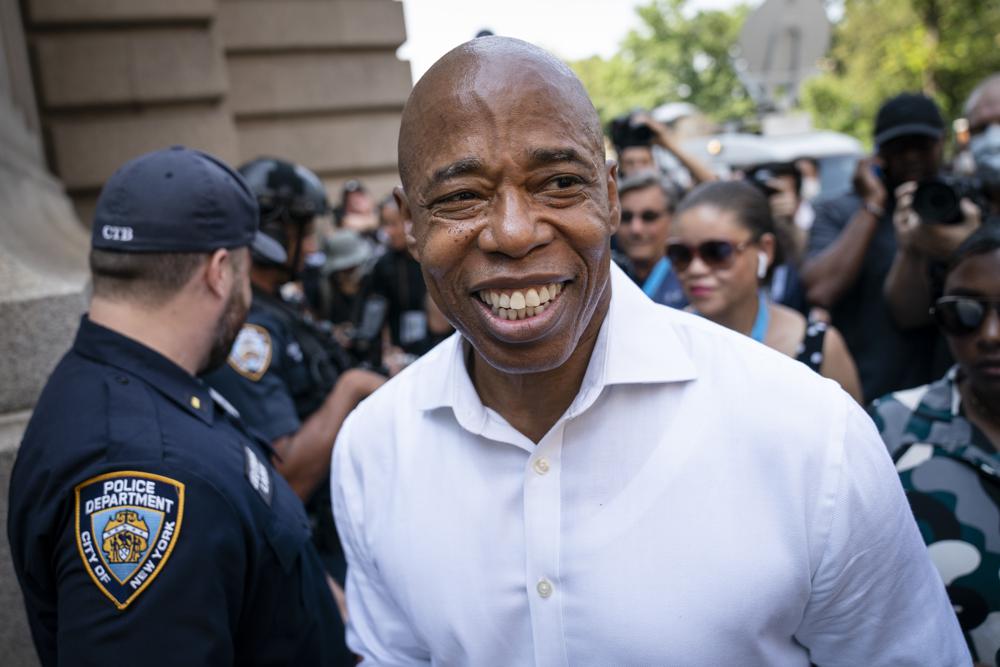 Brooklyn Borough President and a Democratic mayoral candidate Eric Adams greets NYPD officers as participants gather for a march through the financial district during a parade honoring essential workers for their efforts in getting New York City through the COVID-19 pandemic, Wednesday, July 7, 2021. (AP Photo/John Minchillo)
Read  the full article here – here