I Am Somebody! The Struggle For Justice Rustin at a news briefing on the Civil Rights March on Washington, August 27, 1963. Photo by Warren K. Leffler, U.S. News and World Report, in the Library of Congress.

Most of us know Martin Luther King Jr., Rosa Parks, and Malcolm X as central figures in the civil rights movement, but Bayard Rustin shaped the movement from behind the scenes.

Bayard Rustin (1912-1987) learned peace and civil rights activism from Julia Rustin, the grandmother who raised him in West Chester, Pennsylvania. She was a member of the NAACP and a Quaker (a Christian religious group that opposes violence).

In 1941, as a young man, Rustin worked with A. Phillip Randolph, the most prominent black labor organizer in the United States. At the end of the Great Depression, during World War II, Randolph threatened to organize a huge march on Washington, D.C. to protest racial segregation and economic conditions. The industries that produced ammunition and supplies for the war effort were largely segregated. African Americans needed a fair share of those family-supporting jobs. The threat worked: President Roosevelt issued an executive order ending racial discrimination in the national defense industry–and the march was cancelled.

Rustin helped form the Fellowship of Reconciliation (FOR) in which people of various religious backgrounds worked together to resolve conflict and to oppose war. Rustin believed in civil disobedience: that people should deliberately break unjust laws to bring about a change. The FOR would play a key role in the civil rights movement.

In 1940, when Congress required all American men to register for military service, Rustin became a conscientious objector. He was sent to the penitentiary for refusing to be drafted. Behind bars, Rustin spoke out against the war, organized against racial segregation in prison, and practiced non-violent resistance to injustice. continued organizing protests. The Supreme Court had outlawed segregation on interstate bus routes. In 1947, Rustin and the Congress of Racial Equality (CORE) recruited sixteen black and white volunteers to ride buses throughout Virginia, North Carolina, Tennessee and Kentucky using non-violent direct action in a Journey of Reconciliation to test this ruling. For this, Rustin was arrested and sentenced to forty days hard labor in chain gang–even though he had not broken any laws. Later he used his experience to teach young civil rights workers how to use non-violent direct action.

Bayard Rustin introduced Dr. King to the Fellowship of Reconciliation (FOR) philosophy of nonviolence during the Montgomery bus boycott in 1955. In 1957, FOR published this comic book by Dr. King that introduced millions of people to the principles of nonviolent direct action.

In 1955, young Martin Luther King organized a bus boycott to address racial injustice in Montgomery, Alabama. Rustin convinced King to adopt the non-violent resistance methods used by Mahatma Gandhi to help India gain independence from the British. Rustin wanted nonviolence to be the basis for social change in the civil rights movement. He believed it was the most practical and efficient method of change in a society where blacks were a minority–though he knew it would take time.

Bayard Rustin and many civil rights activists rejected self-defense and violence. They developed their non-violent ideals from the teachings of Jesus, the political theory of Henry David Thoreau, and tactics of Gandhi. They believed non-violent direct action was the only way that they could change hearts and minds and transform the nation. 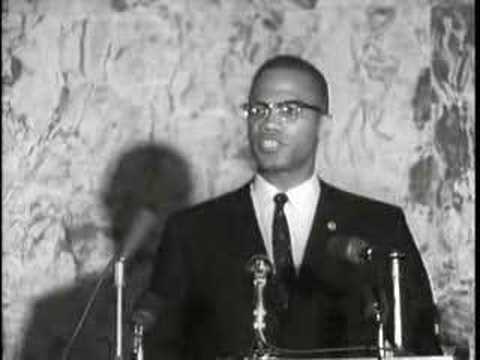 Organized the Famous 1963 March on Washington The Rev. Dr. Martin Luther King Jr. at the Lincoln Memorial during the March on Washington on Aug. 28, 1963. PC: Hulton Archive/Getty Images of civil rights activists from around the country for the March on Washington for Jobs and Freedom, where Dr. King gave his famous “I Have a Dream” speech. This march was one of the largest rallies for human rights in American history. It was the fulfillment of a career in activism that Rustin had begun more than twenty years earlier. Many of the non-violent projects that he had consulted on, initiated, or participated in the 1940s continue to develop in the 1960s. For example, FOR’s Journey of Reconciliation in 1947 led to the internationally recognized Freedom Rides of 1961.

In the 1940s, he chose to go to prison instead of paying a fine, and in the 1960s, SNCC and other protest groups used the same strategy to end segregation. He supported CORE’s efforts in 1942 to desegregate a Chicago coffee shop through peaceful sit-ins, and in 1960 students began doing the same at various public places throughout the South.

Why Rustin Is an Unknown Hero

Bayard Rustin used the power of pacifism, conscientious objection, non-violent direct action, and civil disobedience to influence presidents, local authorities, activists, and common citizens to make changes. So why do so few people know of his importance to the Civil Rights Movement? Because Rustin was gay. During the civil rights era, his homosexuality was seen as a political risk, so he was not able to take the public role many other leaders did. Even today, some who see homosexuality as a sin may not wish to acknowledge him as a civil rights hero.

In fact, Rustin was a deeply religious man who dedicated his entire life to urging our nation treat people of all backgrounds, races, and creeds equally. As one of the primary architects of the Civil Rights Movement, he deserves our recognition and respect.

Seneca Vaught, PhD, is assistant professor of African and African Diaspora history at Kennesaw State University in Georgia. He combines his expertise in race, policy, technology, and social entrepreneurship to address contemporary problems. Professor Vaught has won awards for his innovative and project-oriented approach to education and for his ongoing support of African American history and community development.  His groundbreaking dissertation on the impact of jails and prisons on civil rights era leaders, tactics, strategies and outcomes framed the questions of social problems in policy terms for a young generation of scholars, activists, and community leaders seeking to use historical knowledge to address contemporary issues.